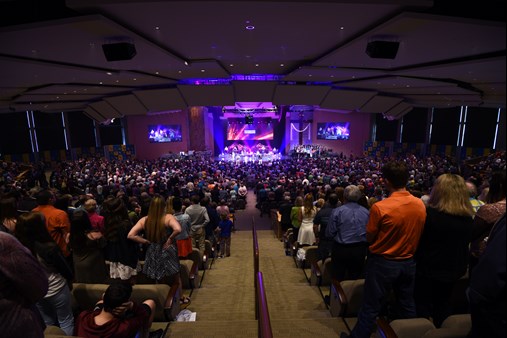 The Lutheran Church of Hope caters to the spiritual needs of a large and diverse congregation, which includes 20,000 members across 6 campuses. The Church’s message is delivered through a variety of 21st century means: traditional services with liturgy and hymns, streamed sermons, online webcasts, contemporary services supported by a 10-piece rock band, YouTube videos, and an exhaustive list of programs and services.

Chief Systems Engineer, Jim Sheppard, challenges his team to keep up with the demands required to support these productions. They are in the process of revamping much of the Church’s AV infrastructure to accommodate a transition from SD to HD, as well as the demands of on-demand content infrastructure and streaming.

“We were looking to put in place a system that would allow us to stream to our multiple locations at the push of a button, while keeping the process simple and manageable for all our volunteers who are not necessarily AV experts,” said Sheppard.

Every week multiple sermons are streamed directly to all the satellite campuses from the technical core of the church’s infrastructure, which is located at the West Des Moines broadcast campus.

“In particular, we were looking for a control system that would help us coordinate all our critical components to ensure that our volunteer operators are aware of and can easily instruct all the relevant systems at pertinent times throughout the production,” added Sheppard.

To help with this endeavour, Shepherd chose a TallyMan broadcast control system from TSL products. The new system will be able to interface with a wide range of equipment from different manufacturers that include routers, switchers and multiple audio and video monitors, and multiviewers.

Sheppard is creating an essential and customizable user interface for each position. The engineering team will be able to automate and simplify complex multi-step operations into simple push button control for their teams of volunteer (non-engineer) operators. This frees up Jim’s team, professional engineers, to focus on technical triage and the task at hand, without worrying about the underpinning systems.

Thanks to TallyMan’s cross-platform capability, it will be able to integrate with the different types of routers that the Church has in the different campuses.

“From the operator’s perspective, it’s the same interface. It makes it look the same even if the back end is different. That’s why we didn’t want to use a proprietary tally system,” added Sheppard.

The fact that the TSL control system is designed to be configured and commissioned by the end user engineer (with a minimal amount of training) creates a great deal of expansion and multi-use potential for systems like this around the globe in the future. 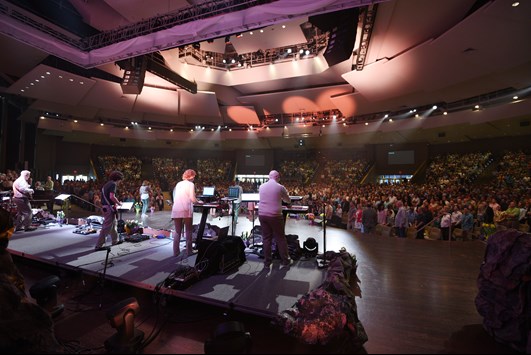 “The TSL PAM2 MK2 gives us the power to monitor loudness for compliance with new broadcast standards, accurately meter audio for many sources and provide phase information. We are very pleased with the performance of the PAM2 MK2 units.”