The new PPUs were designed to combine cutting-edge technology with simplified operability and a familiar system architecture that allows engineers to easily transition between new and existing systems.

"By combining TSL's TallyMan and a Ross Ultrix FR2 router for each PPU, we were able to deliver a highly integrated, flexible solution that is really intuitive for operators to use," said Chris Williams, Projects Director for ES Broadcast. "TallyMan has become a popular go-to solution for delivering completely customizable control systems, and it allows users to streamline complex processes down to a user-friendly touch screen system."

TallyMan applications range from OB truck and remote production to sports production and studios. The system is fully configurable in broadcast trucks with a one-button touch to set devices, share and manage resources between systems to save time, space and money. In sports production, TallyMan can repackage fast-action production steps into pre-defined commands, which saves essential milliseconds that contribute to delivering a high-quality viewer experience. Most importantly, TallyMan is built on independent and protocol agnostic integration that provides the flexibility needed to choose best fit and best of breed with confidence, for new or existing systems.

In addition to deploying TSL's Tallyman for control, ES Broadcast installed the company’s MPA1 audio monitors in the PPUs for Creative Technology. TSL’s Broadcast Control System can also integrate with TSL’s MPA1 audio monitors via SNMP, and PAM-IP range via Ember+, as well as InSite management software to monitoring alarm triggers for any device within the system. 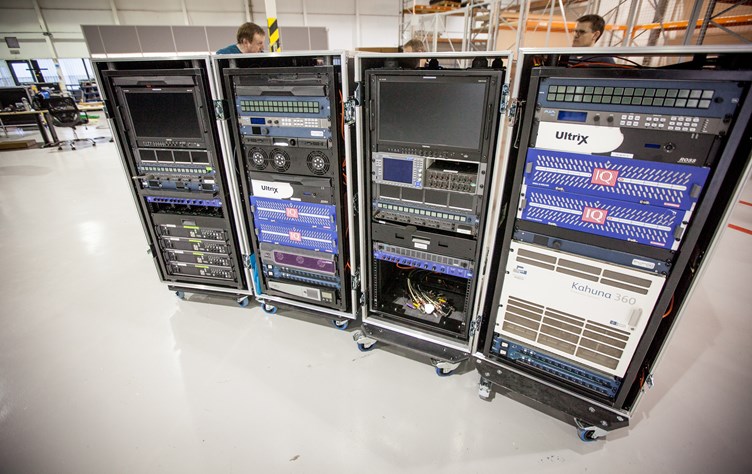