Timeline's RF1 truck has been used for major sporting and live events, including the IAAF Athletics, BBC's Live Lesson series and ITV2's Love Island reality television series, which recently contracted RF1 again for the current season. Timeline's new RF truck, RF2, was deployed at the UEFA Champions League Final for BT Sport followed by the Royal Wedding in May for BBC, whilst the recently commissioned RF3 was used for BBC's coverage of the RHS Chelsea Flower Show on its first outing.

"The main attraction to using TSL Products is the fact that they are so user-friendly," said Lee Wright, senior broadcast engineer, Timeline Television. "I have been working with TSL Products since 2010 and we use them across the entire business for all kinds of monitoring."

Timeline's RF trucks are designed to be an all-encompassing RF/comms vehicle and use TSL's PAM2-MK2 to operate more in an engineering environment. The PAM2-MK2 fully supports Dolby E®, Dolby Digital® and Dolby Digital Plus®. It offers an improved workflow for Timeline and provides confidence when monitoring Dolby line timing. This is specifically important when it comes to the delivery of Dolby because the audio is not decoded until it hits the end users' box, so if the timing is off at the Uplink, there will be no for the end users.

"Specifically, in the Timeline trucks, the PAM2 is used to monitor contribution feeds, check a local decode and adjust the audio encoding delay to get the timing in spec. With its Dolby decoding option, the PAM2 is a great tool for contribution monitoring," added Mr Wright. "The Royal Wedding was an outright success for Timeline. We were providing eight RF cameras for the BBC (three in UHD HDR and five in HD) and the outgoing domestic and international links, so we were responsible for delivery to an estimated 1.9 billion people. RF2's PAM2 was vital in ensuring that all audio passing through RF2 was correct." 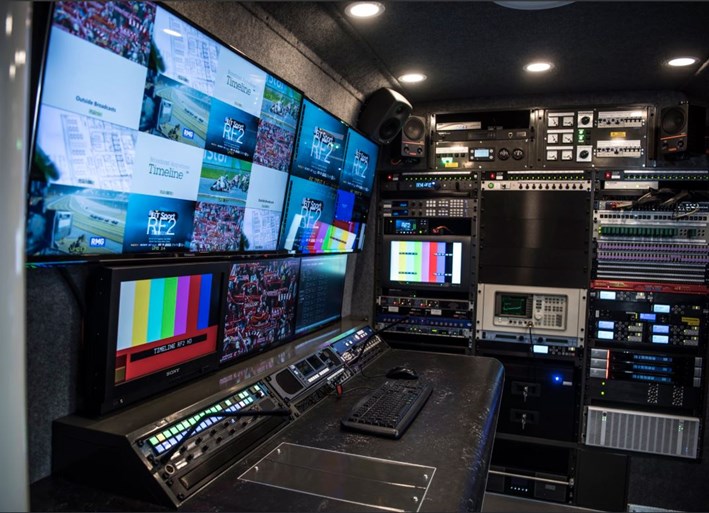 View the latest manuals and software updates for the complete Audio Monitoring Range.