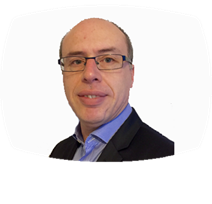 Brownsill brings nearly 30 years of broadcast industry experience to TSL Products, having started out as an audio recording engineer. His most recent role was Solutions Architect – Production at Grass Valley, having originally joined Miranda in 2006, where he worked closely with clients to understand their workflows and capture their technical and operational requirements. During this time he led bid reviews, worked with Product Management and R+D departments to help define product roadmaps, and delivered proof of concept and interoperability testing for Grass Valley’s IP solutions alongside other AIMS members.

Prior to this Brownsill gained hands-on experience as Broadcast Operations Manager at Fox Kids Europe (which later became Walt Disney Television following the acquisition of Fox’s ‘Jetix’ Channels); originally joining the company to support and maintain its in-house post-production facilities, he later took on the management of the Broadcast Operations department, overseeing the post-production and transmissions requirements of all EMEA channels. Brownsill also spent time working with Williams Grand Prix Engineering as IT and AV Manager, managing the IT and AV requirements for all corporate events such as new car launches. He remains a keen audio engineer and musician, and holds a PRS membership.

“Stephen’s combination of audio expertise, coal-face experience and understanding of the broadcast market make him an ideal fit for this role,” said Chris Exelby, Managing Director, TSL Products. “As Audio over IP continues to gain pace and momentum, his experience with IP solutions and audio systems will enable him to give our customers the advice they need as they transition to IP workflows.”